Today we revised the literary allusions in Frankenstein. We reminded ourselves of the monster’s reading in chapter 15:

“They consisted of Paradise Lost, a volume of Plutarch’s Lives, and the Sorrows of Werter. The possession of these treasures gave me extreme delight; I now continually studied and exercised my mind upon these histories, whilst my friends were employed in their ordinary occupations.

I can hardly describe to you the effect of these books. They produced in me an infinity of new images and feelings that sometimes raised me to ecstasy, but more frequently sunk me into the lowest dejection.”

We also considered Shelley’s subtitle, The Modern Prometheus, and frequent references to Colerdige’s Rime of the Ancient Mariner.

PROMETHEUS – Greek myth about a mortal who wished to have the power of the Gods. His punishment is eternal torture and the story serves as a reminder to readers about the dangers of seeking knowledge outside of our natural capacities. Clear links to Victor and his attempts to create “A new species [to] bless me as its creator and source” as he plays God and suffers the consequence.

RIME OF ANCIENT MARINER – Coleridge’s poem about a South Pole traveller (parallel to Walton) who kills an albatross (bird) and then is stalked “like one who, on a lonely road,
Doth walk in fear and dread” by a ghost ship who kill all of the crew. The mariner is spared as he learns to accept that all God’s creatures should be respected. This parallels to Victor as he feels stalked by the monster at several points in the novel as well as enduring the loss of his loved ones. But unlike the mariner, Victor does not learn his lesson and meets a tragic end.

After this, we considered the starer question: 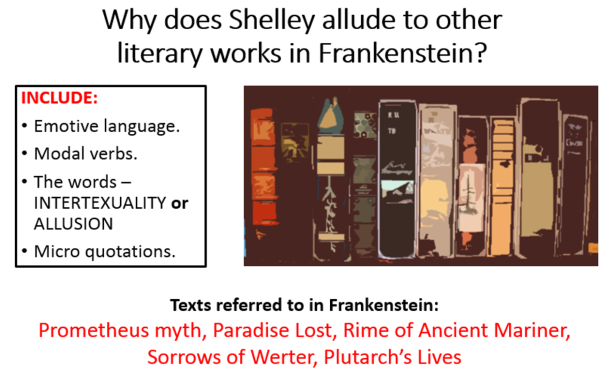 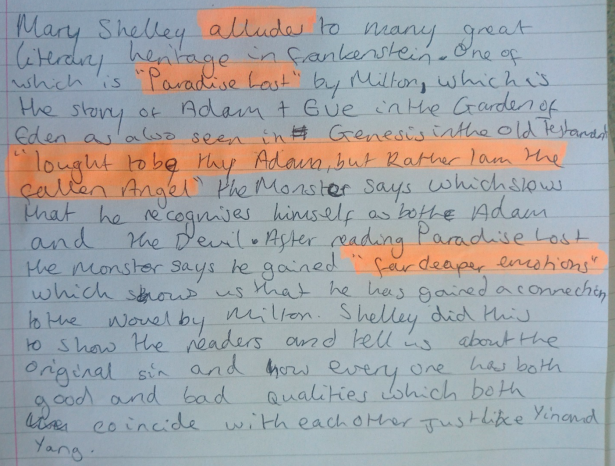 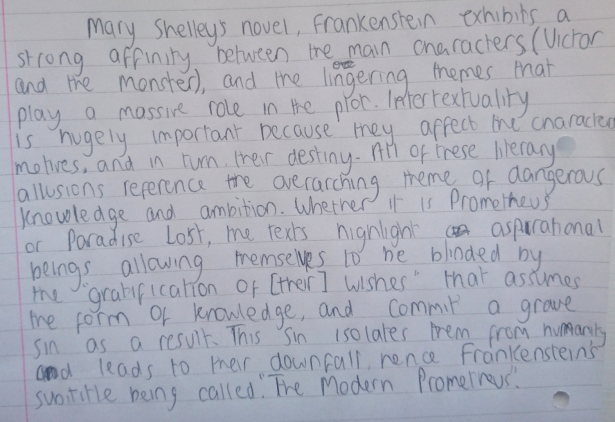 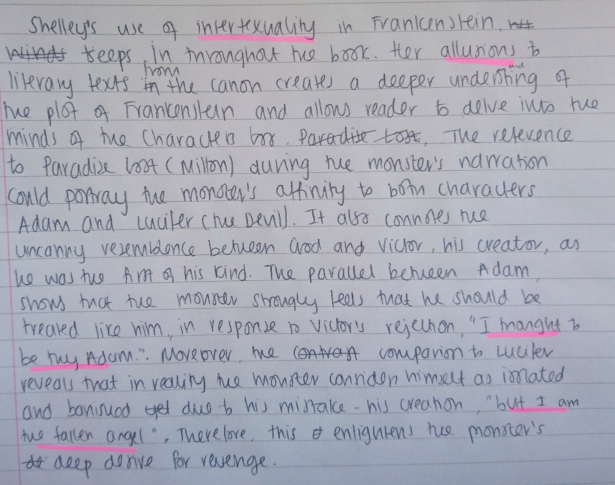 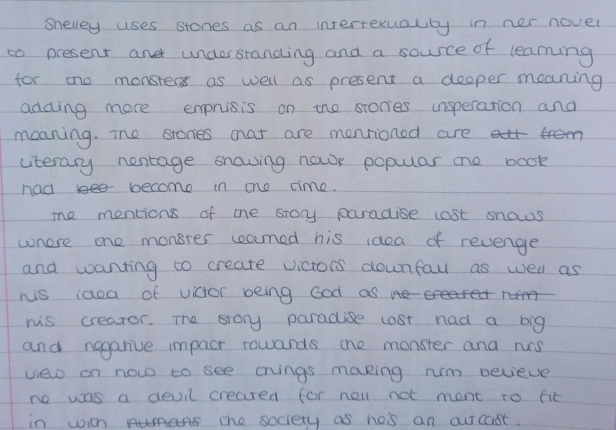 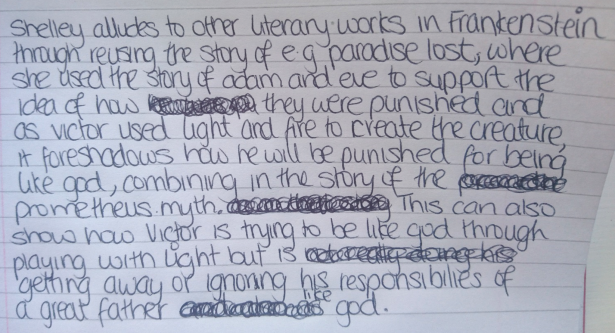